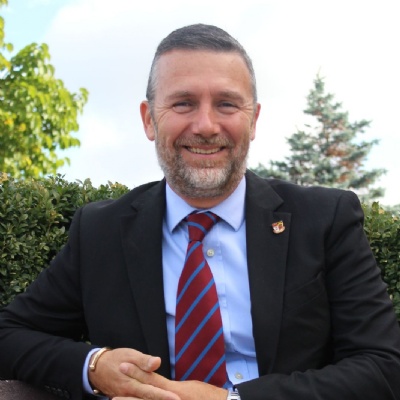 League tables were introduced by John Major’s Government in 1992 in order to achieve several objectives, most notably transparency around public examination results and school performance, driving up standards by increasing accountability and parental choice over schools.  Their impact was, and remains, highly contentious, for a number of reasons.

Solihull is an independent school and we choose qualifications which are right for the school and our pupils.  For example, we offer a range of IGCSEs which are international by name and nature, outside of UK Government control and therefore excluded from national league tables.  The International Baccalaureate is also excluded for the same reason.  In addition, as a school we do not recognise the English Baccalaureate (EBacc).  The EBacc is a headline school league table measure which tracks performance in 5 GCSEs (English, Maths, Science, Geography or History and MFL), but excludes other humanities, such as Religious Studies, as well as subjects in creative and technical areas.  The danger is that schools resource only those subjects which are measured and ranked.

Similarly, league table position may lead to departments and schools dissuading certain pupils from opting for particular subjects, or even A Levels in general – offering alternatives such as BTECs in their place – so as not to slip down the official ranking.  They can also focus efforts on lower borderline grades, for example, a measure of 5 GCSEs at grades 4 - 9 can focus a school’s efforts on the 3 to 4 borderline at the expense of other pupils.

League tables can promote a culture of repetitive testing and results rather than broader education and are, in my strongly held opinion, too crude a measure of a school’s quality, achievements and character.  They are narrow, quickly out of date and misleading.  They can also lack catchment context and can stigmatise schools unfairly.

As long as the only metric on which schools are being assessed is their exam performance, schools will never have the incentive to take wellbeing and personal development, character education, co-curricular activities and other non-measurable initiatives as seriously as they should.  Furthermore, they may also discourage collaboration between schools and promote unhealthy competition, let alone putting staff and pupils under immense pressure to rise above the ‘opposition’.

Different league tables use different metrics, for example, A*-A or A*-B.  They are published a week after exam results day and are out of date almost immediately – we have a considerable number of re-marks and grade changes every year.  And what of the marking debacles we have witnessed in recent years?  These have adversely impacted on many schools’ results and rankings, and possibly recruitment and funding too.  Since the onset of the pandemic, schools have largely determined their own GCSE and A Level grades, can we truly claim that all schools have done this to the same professional and ethical standards?

Not all achievements can be measured and/or ranked, and league table positions may actually deter a visit to the school by prospective families.  Thankfully, most parents understand the limitations of league tables, and we are rarely asked about them.  As a school we do not hide our results.  Each year they are published on our website by qualification and department and are accessible by all interested parties.  Moreover, in academically selective schools, league table rankings are more reflective of the quality of the intake and less so the value added (VA) by teachers, and the growth of private tutoring makes it even more difficult to attribute examination room success to schools, as well as adding even more unwanted pressure to pupils.

Northern Ireland, Wales and Scotland have previously taken a much more cautious approach to the value of league tables, and the CBI (Confederation of British Industry) has criticised them for incentivising skills such as memory recall and regurgitation, over skills such as risk taking, problem-solving, creativity and independence, the very skills we seek to develop through our Novus Curriculum.

League Tables are contrary to the whole idea of bespoke education for the individual and there is a danger that we reduce the school’s contribution to the pupil (grades), and the pupil’s contribution to the school (grades), to a statistic. Leaving league tables does not reduce academic rigour, and they should not be allowed to drive school decision-making inappropriately.  For example, when recruiting teachers, we look for academic specialists who can also offer something to the wider life of the school, and to lose this would be detrimental to our education system.  Rest assured that league tables are not necessarily synonymous with reflection, accountability and the raising standards agenda, and our decision to exit such tables has no bearing whatsoever on our ambition to be one of the country’s best independent co-educational day schools.