It was during the days when the Second World War was raging throughout Europe and Britain was besieged, that two resourceful and determined ladies, Miss Christine Tucker and Miss Zelie Bull, decided to open a school for girls in Solihull at No 1 Homer Road. The school adopted as its name that of Saint Martin of Tours who was known for his piety and a particular act of kindness when he gave up part of his cloak to a beggar. The school’s motto ‘The Grace of God is in Courtesy’ is from the poem ‘Courtesy’ by Hilaire Belloc.

At the very beginning in April 1942, 14 sets of parents entrusted the education of their daughters to Misses Tucker and Bull, and before long a house was purchased for boarders to live in. As the school continued to expand in the 1950s it was an important decade, and ensured the successes of individual pupils such as Mimi Khedouri, Head Girl from 1954-55 and was the first pupil from Saint Martin’s to go to Oxford University. Public School status was achieved on 1 September 1963 with the Founders ensuring the success of Saint Martin’s by handing over their interests in the school to a Board of Governors.

With the closure of the boarding in the 1960s and under the headship of Miss Bacon, the development of the curriculum moved apace and the demand for places continued to grow. A move from the Station Road site was inevitable and in 1989 Saint Martin’s purchased the site of the historic Malvern Hall. 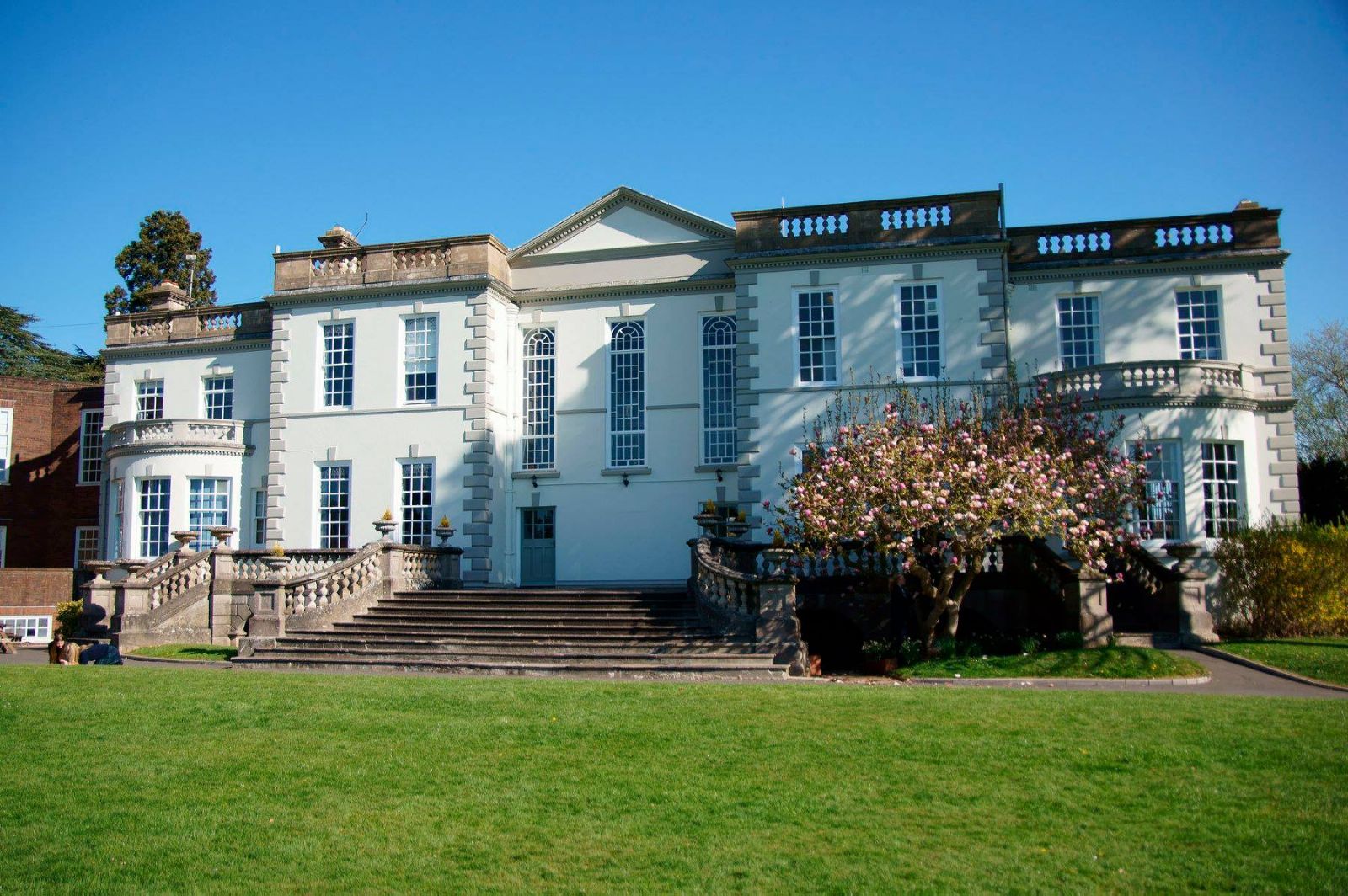 Henry Greswold, Rector of Solihull, bought Malvern farm and his son Humphrey built Malvern Hall in about 1690. The Hall passed to his brother and then out of direct line to various cousins until, in 1772, Henry Greswold Lewis inherited the property. Malvern Hall, as it then stood, did not satisfy wealthy Henry and the future Sir John Soane, surveyor of the Bank of England, was called in to remodel and enlarge the house. John Constable visited Malvern Hall and one of his paintings of the Hall from across the lake is in Tate Britain.

Henry Greswold had no children so, when he died in 1829, the estate passed to his cousin, Edmund Wigley. He took the Greswold name. In 1830, his brother, Charles, a young clergyman, after an evening of great merriment and much drinking, fell down the staircase to his death. It is Charles’ ghost that is said to haunt Malvern Hall. In 1833 Edmund died unmarried.

In 1896, after years of neglect, Malvern Hall was sold to Mr David Troman, a Birmingham industrialist who reduced the hall to its present size and added bow windows and balustrading. The house was again offered for sale in 1915 to Horace Brueton, but he seems to have made few changes to the Hall. In 1926 Mr Brueton sold the Hall to Solihull’s Rural District Council. In 1931, a single storey building was added at the side of Malvern Hall and Solihull High School for Girls opened. The school became co-educational in the 1970s and known as Malvern Hall.