Bottom of the League! 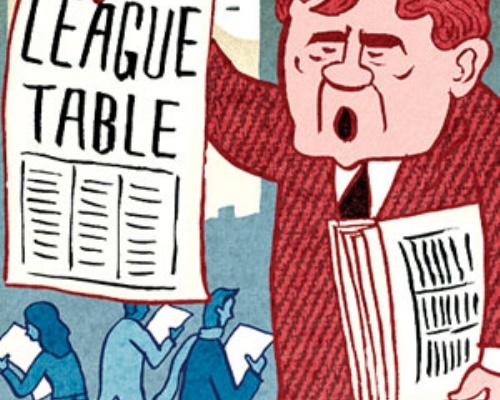 Independent schools have frequently topped league tables on academic performance but this has all changed in the stroke of a ministerial pen.  Many International GCSEs (IGCSEs), which are offered by a lot of independent schools, will no longer be included in league tables, thus distorting performance information and crucial decision making for parents.  This has angered the independent sector, and the Chairman of the Headmasters' and Headmistresses' Conference (HMC), the organisation Solihull belongs to, has been quick to criticise the Government’s decision.

What is the IGCSE?  It is the British based GCSE qualification originally designed for candidates overseas.

Why do many independent schools and some leading state schools favour the IGCSE?  There are a number of responses to this question.  Firstly, it is seen as a more rigorous form of assessment and secondly, it offers a good foundation for A Level study.  Indeed, they were once heavily promoted by the Coalition Government as a way of increasing rigour in the exams system; the very same decision makers now want pupils to take the new ‘more ambitious’ GCSEs currently being phased into schools.  The clear and rather hasty u-turn from promoting IGCSEs to excluding them must call into the question the value and future of performance league tables, particularly as independent schools will carry on offering IGCSES for educational reasons and not reasons driven by the whims and vagaries of policy makers (in an election year). Of course, Nicky Morgan, Secretary of State for Education, has said she is confident that independent schools will revert to conventional GCSEs following a government overhaul of the exams, but I remain unconvinced that her reforms will have the desired effect.

Returning to the benefits of IGCSEs, they favour coursework over sometimes uncontrollable controlled assessment, they encourage understanding over factual recall, their content tends to be more traditional and given that they are sat worldwide, the syllabuses are more flexible and give teachers more scope to explore different topics with pupils.  They were once seen as much tougher and this was probably due to the (historic) size and nature of the cohort.  However, given that more independent and state schools now offer them this perception has softened, but it remains the case that those recruiters who ‘keep their proverbial fingers on the educational pulse’ know that success at IGCSE is evidence of a strong work ethic and high achievement.

Richard Harman, Chairman of the HMC, said the decision to drop IGCSEs made a ‘nonsense’ of the league tables.  ‘Several of the UK's most highly performing independent schools and others offering this excellent qualification will now appear to be bottom of the class in the Government's rankings.  This obviously absurd situation creates further confusion for parents as they cannot compare schools' performance accurately and transparently.’ Moreover, given the changes, comparing performance over time has been made nigh on impossible!

In essence, those schools offering IGCSE will fall foul of the league tables by continuing with exams that don't count and I’m saddened that the goal posts have been moved such that those schools teaching IGCSE are now missing the goal – but I do take comfort in the understanding that the real goal is not our ranking in a spurious league table but to prepare pupils for life in an increasing global community, through enjoyable, stimulating and holistic education.

Will we will we offer more IGCSEs at Solihull in the future? Possibly - we scrutinise syllabuses each year in every subject, and should a Head of Department propose a change that is beneficial to teaching and learning, then it is given very careful consideration; rest assured of this.

Turning to the broader theme: Are we at Solihull anxious about league tables?  No, absolutely not, even though we frequently appear high in the list.  Of course I flick to the relevant pages in the press when they are released, but league tables must always be treated with the utmost caution.  Most parents don’t need league tables to know which the good schools are and it is important that we are clear on how one should assess the performance of any school.  Academic success will always remain a priority but a passion for life-long learning, co-curricular activities, well-being, PSHE, pastoral care and fulfilment and happiness are all paramount.  We must get away from trumpeting only that which can be measured and never forget that we, as educators, have arguably the most important job there is, that of preparing young people for life beyond the school gates.