An Army of Students 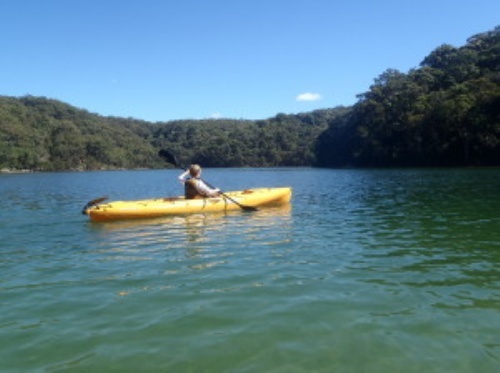 In light of Prince Harry’s recent comments about National Service being a ‘transformative experience' I want to explore why schools like Solihull place considerable emphasis on the value of the Combined Cadet Force (CCF), in the face of significant and highly publicised national defence cuts and often vitriolic condemnation of the armed forces.

There seems to be a common misconception that the CCF, and similar organisations like the Sea Cadets and Army Cadet Force (ACF), are boot camps for soldiers, sailors and aircrew of the future, all of whom dress up in redundant military uniform, march around the playground shouting aimlessly and aggressively and learn to disassemble and reassemble deadly weapons blindfold.  Well, my experience spans nearly a quarter of a century over four independent schools, each of them with a CCF, and I can categorically confirm that this is a very naive and inaccurate view.  Barring almost none, weapons handling being the only one that springs to mind, the skills learnt in the CCF are wholly transferable to ‘civilian life’ and valued enormously by recruiters and employers.

So what do they learn?  Well four things immediately spring to mind: self discipline, teamwork, leadership and a vast range of outdoor skills which should hopefully encourage prolonged active and healthy lifestyles.

Basic self discipline is taught from day one, including how to wear and look after a uniform correctly, and please don’t underestimate the pride cadets feel wearing a uniform that gives them a sense of identity as an individual and as a member of a team.   While away on camp cadets have to be able to look after themselves and every piece of kit issued to them, some of which is extremely valuable.  Packing a rucksack, constructing a shelter and carrying and preparing one’s own food all promote forward planning, cooperation and resilience – skills which we as parents actively promote in our children.  How many parents have despaired at a child’s inability to get his or her school bag ready for the day ahead, or their lack of common sense and nutritional awareness in the kitchen?

Even weapon handling has some non-military value.  Respect for potentially dangerous domestic equipment in the home and knowledge of appropriate safety procedures can save lives.  Cooking, basic DIY and driving all require self discipline and care, and valuable generic skills are honed in the CCF.

Expeditions and military drill are used to encourage teamwork.  Cadets need to understand the importance of their role in a larger organisation and how their actions or inactivity impacts on others.  Whatever the task, the team, section or platoon is only as effective as its weakest member and success requires communication, camaraderie, empathy and a common goal.

Whilst drill may be seen as pointless by some, the principles of practice and teamwork are highly relevant and hugely important, and let’s not forget the intrinsic value of physical activity and exercise at a time when the health of the nation’s children is increasingly questioned.  Drill competitions are a regular feature of annual camp and help to inspire excellent teamwork amongst the squad selected to represent the School – and places on that squad are hotly contested by cadets.

Arguably the greatest attraction of the CCF is the leadership roles given to young people. Year 10 pupils become Non Commissioned Officers and are trained how to coach, motivate and inspire new cadets, instructing in field craft, drill and weapons handling.  Each platoon will have a Staff Sergeant, Sergeant and several Corporals and Lance Corporals and their leadership skills are honed each week and on training weekends and camps.  As well as teaching skills, NCOs must lead by example, communicate orders and action plans effectively and be ever mindful of the welfare of other cadets.  This is serious stuff and is invaluable for life beyond the school gates.

And finally, cadets have the opportunity to participate in climbing, kayaking, canoeing, mountain biking and many other outdoor pursuits.  These activities are meant to challenge the individual and develop their self confidence and stimulate new hobbies and pastimes. They are also used to enhance teamwork by making sure cadets look after each other, for example, when abseiling.  In addition, cadets can enhance their CVs with extra qualifications, either as participants or instructors, along the way.

Of course, some pupils aspire to join the armed forces and the CCF is often the first step on the road to a military career, usually as Commissioned Officers in a wide variety of branches. However, for many more, it is a co-curricular activity that equips them with important skills and experiences which they not only enjoy immensely but also differentiates cadets from non-cadets when applying for university, work or promotion.  Moreover, producing hard working, resilient and emotionally intelligent leaders and role models can only be a good thing for us all.