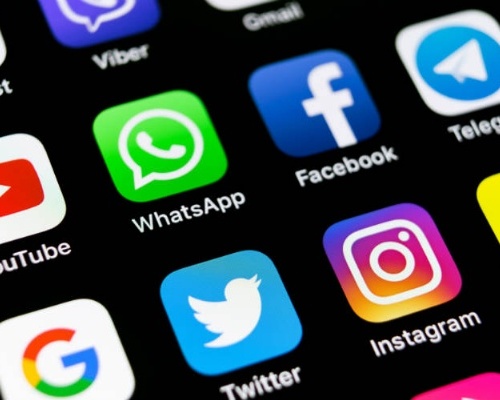 Having previously written about the associated risks of children under the age of 13 (U13) accessing social media platforms, I am now offering our parents the opportunity to voluntarily sign up to our #ParentsDecide initiative.

In September I outlined a number of possible risks that underage children encounter when accessing inappropriate content and leaving themselves vulnerable to unsolicited approaches when using such platforms.

I am delighted to report that the response from our parent body was hugely encouraging and we have seen a significant drop in social media related problems with our U13 aged pupils, but there is still much work to be done.  We have, for example, been made aware of some of our younger pupils regularly playing online games with violent and sexualised content deemed inappropriate for children of less than 15 and 18 years of age.  It struck me then, as indeed it still does, that as a school all we did was help parents to feel emboldened in dealing with an issue many felt was slipping beyond their control.  By taking the stance that we did, we did little more than give voice to your concerns, encouraged you to trust your instincts and to feel less anxious about policing your children’s FOMO (fear of missing out).  Media coverage continues to reaffirm what we already knew - that this is an incessant pressure that all parents of U13s everywhere are subjected to.

You may have recently read in the media that Culture Secretary, Matt Hancock, discussed the 'genuine concern' at government level about the negative impact of young children posting and consuming content online and that more needed to be done to safeguard young people. He suggested that it was ‘not beyond the wit of man’ to develop an age-verification system for children and that there would be a new legal requirement for companies to ensure users were over 13 years old.  The details of how such a scheme would work are still being worked out and there are many who doubt, myself included, whether any such scheme could ever be watertight.

Meanwhile social media companies themselves reiterate that their platforms already specify a minimum age of 13, but the truth remains that children only have to falsify a date of birth to gain access.  Furthermore, critics argue that most platforms are already able to identify underage users from their browsing habits and do little to enforce their stated requirements, despite their own conviction that the content is unsuitable for pre-teens.

In a very recent letter to companies including Facebook and Google, Health Secretary, Jeremy Hunt, accused companies of ‘turning a blind eye’ to their impact on children.  In that letter, he gave them until the end of April to outline action on cutting underage use, preventing cyber bullying and promoting healthy screen time.  Google and Facebook say they share Mr Hunt's commitment to safety, but we await with interest a full response.

As a society we are witnessing a considerable amount of head scratching as to how we might put this particular genie back in the bottle, with everyone from government ministers to the average parent seeking a top-down solution to a ubiquitous concern.  The most effective solution though, I believe, lies in a bottom-up approach.  This is much more readily to hand, easier to enforce and self-perpetuating.

My colleagues and I are regularly made aware of the constant tension parents experience between not wanting to be the only ones who say ‘the answer is no’ and acquiescing to their U13 child using social media platforms and games designed specifically for children over 13.

Our initiative therefore is simply to provide a conduit for parents to feel they can say no, secure in the knowledge that many others in our school community are also saying no for the right reasons – and not saying yes for the wrong reasons.  By voluntarily signing up to our #ParentsDecide initiative, parents’ voices would become part of a collective.  Those who choose to sign up may feel less alone when harangued by their pre-teen and more comfortable in saying ‘the answer is no’.

Current parents at Solihull School are invited to sign-up to our initiative. Please visit the Parents Section of the VLE, under ‘Welcome’:

I hope that many of you will subscribe to this important initiative, thus strengthening our collective position.