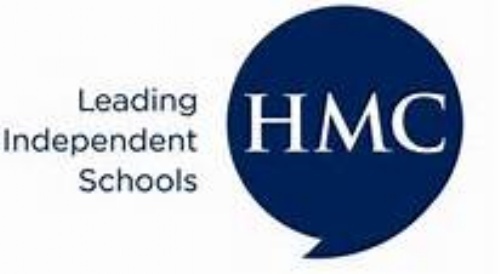 Well, it is with some trepidation that I embark upon my blogging career, as short lived as it may ultimately prove to be.

Why am I doing it?  Well, there is no single overriding reason but rather a bubble and squeak like combination of factors.  Firstly, and if I am being totally honest, I feel under some pressure to do so, given that the number of Heads blogging is increasing.  However, this growing band of e-savvy educators is still relatively low in numbers and the majority have yet, if ever, to take the plunge. Secondly, you may find the workings of my simple but structured mind a tad interesting (I am an eternal optimist, obviously), and thirdly I'm told by schools marketing self-appointed gurus that it may help "promote" the School, which I find a little dubious given the significant potential for me to say something stupid!  But, I must practice what I preach and I do encourage staff and pupils to take educated risks. To fail is the "First Attempt In Learning" and I'm sure my blogging will be a little like learning to drive with the crunching of gears and stalling at challenging junctions.  Humour is one of those challenges and I think I will avoid this potential banana skin by sticking to a heart on sleeve or in the moment approach.  Best of luck readers, or maybe just reader, as I hope I can at least rely on my wife to pander to my self-indulgence.
So, where am I reporting from?  Well, I am in my hotel room at the London Hilton Metropole where I am spending three days, with my wife, at the annual HMC Conference.  Attendance is compulsory if I am to retain my HMC membership, an organisation of the leading independent schools in the country.  There are several hundred of us here, eating, drinking and being lectured at on a variety of current issues affecting the sector.  Government policy and Mr Gove always feature strongly and one of the main speakers is Sir Michael Wilshaw, Her Majesty’s Chief Inspector of Education.  However, for me, the best part is hearing from colleagues from north, south, east and west, including HMC Overseas Division, on their successes and failures and I normally come away with at least one good idea for Solihull.   I remember being a Deputy at Ryde School and dreading the Conference because my boss at the time would always come back with a list of ideas, which invariably equated with more work for me.  I wonder whether the Morgans, Sean and David, feel the same?
This time I arrived with an agenda.  I set out to use the Conference to quiz my counterparts on how they have avoided wasting many thousands of pounds on the latest IT initiative.  Buy tablets for staff, buy tablets for everyone, what's a tablet, go for BYOD (which I now know stands for bring your own device), don't touch tablets, install hard wired machines everywhere, install them in IT hubs only..... might give you some idea of the lack of consensus in this important area of school life.  Constructing multi million pound buildings I can do with gay abandon (take note Governors) but getting IT right gives me grey hair and sleepless nights.  I suspect some schools have rushed at it without a clearly thought out e-learning strategy, which seems a little rash to say the least, particularly when IT investment is unlikely to be less than a six or even seven figure sum of money.  For this reason, and only last week, I invited Sir Kevin Satchwell, Headmaster of Thomas Telford City Technology College and highly respected school leader consulted by successive governments, to visit Solihull and lend his experience. He is a genuine inspiration and I'm sure I will learn much from him as we embark on an inter-sector best practice sharing exercise.  Given his vast experience and the small matter of a Knighthood for Services to Education, I think I got the better deal, although there are several areas of Solihull School life he has asked to learn from.  Over the summer holiday, we have invested in upgrading and extending our Wi-Fi connectivity, which is now campus wide and quicker, and the VLE (virtual learning environment) continues to gather pace; I am very mindful of the value of technology in schools but we will proceed with caution and only in areas where the benefits are tangible and demonstrable.
So, tomorrow I have three seminars lined up: Improving Standards, Blogging, Tweeting and the Like - if I had any sense, I would have waited before writing this, my first blog - and Understanding Benchmarks.  There were others I could have chosen such as Handling Governors and Handling Parents, but I think I will sign off by expressing my thanks to both of these groups for being so supportive that I can walk by these two seminar rooms with a sense of smugness.