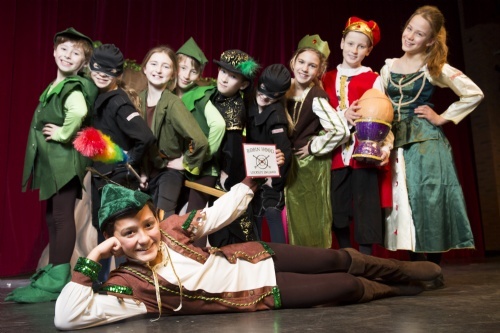 The Junior School played to full houses on two nights with their production of Robin Hood and the Sherwood Hoodies, a musical comedy. More than 80 pupils from the Junior School took part, acting, singing and dancing in what the programme called a 'riotous romp through the medieval mayhem of Merry England', splattered with shocks and surprises, crazy characters and comic capers. Lydia Lynch, supported by a team of talented staff believes that  the weeks of after-school rehearsals paid off. The children performed spectacularly well, enjoying every minute of their time in the spotlight. Their enthusiasm was certainly contagious and each night the audience were tapping their feet and chuckling at the sometime cringe worthy jokes! A truly talented production.