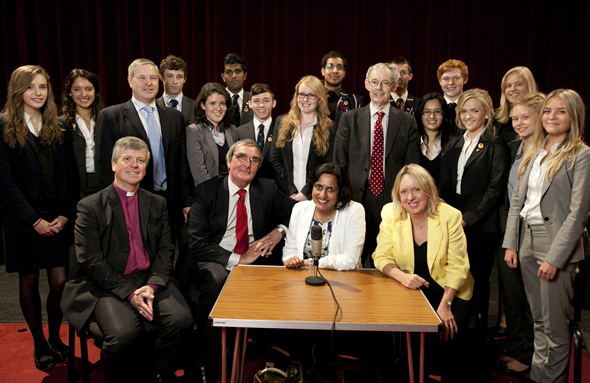 Ben Sandford-Smith, Solihull School's new Head of the Sixth Form, who organised the enrichment event, said: “The event proved a terrific success in encouraging sixth formers across the region to take a more active interest in politics. There is no doubt that everyone found the event highly stimulating.”

He added: “There were strong opinions voiced on all sides, particularly when it came to gay marriage where most of the panel found themselves at odds with the students who were almost entirely in favour of allowing it.”

Question Time was organised on the back of Solihull School's outstanding Europe-wide success in debating which has resulted in the independent co-educational school being ranked the number one team in Central England by the Oxford Union.

The School also won this year's Birmingham University debating championship and has representatives in the European Youth Parliament.