Pupils raise over £2000 in Sponsored Read 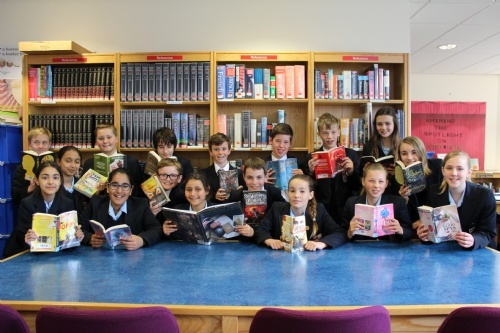 Solihull School pupils have raised £2218.37 for charity in a Sponsored Read.

Most of the pupils in the Third Form took part in the challenge, raising money for the Brain Tumour Charity, which is this year’s chosen charity for the year group.

Over the course of a half term, they had to read as much as they could, asking friends and family to sponsor them either per book or per chapter.

The pupils chose their own books, and the majority of the reading took place at home.

Rachel Airdrie, English Teacher at Solihull School, said: “I am truly amazed by the amount of money raised by our Third Formers.

“So many pupils took part in the sponsored read, and clearly made a huge effort to collect as many sponsors as possible.

“I am really proud of all the pupils who participated; their money will make a real difference to the work carried out by the Brain Tumour Charity. Well done, everyone!”