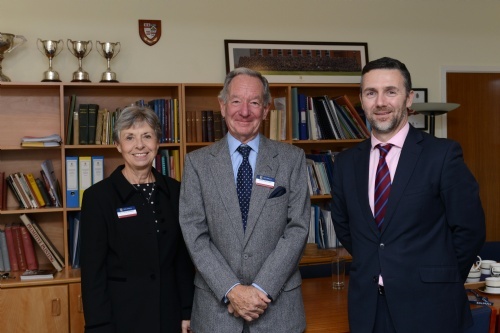 Alongside the official opening of the new £4.5 million sixth form centre, we buried our time capsule, welcomed the new sculpture 'Leap' by Matthew Lane Sanderson, and viewed the granite stones laid in recognition of donors to the Silhillian Fund for Assisted Places. 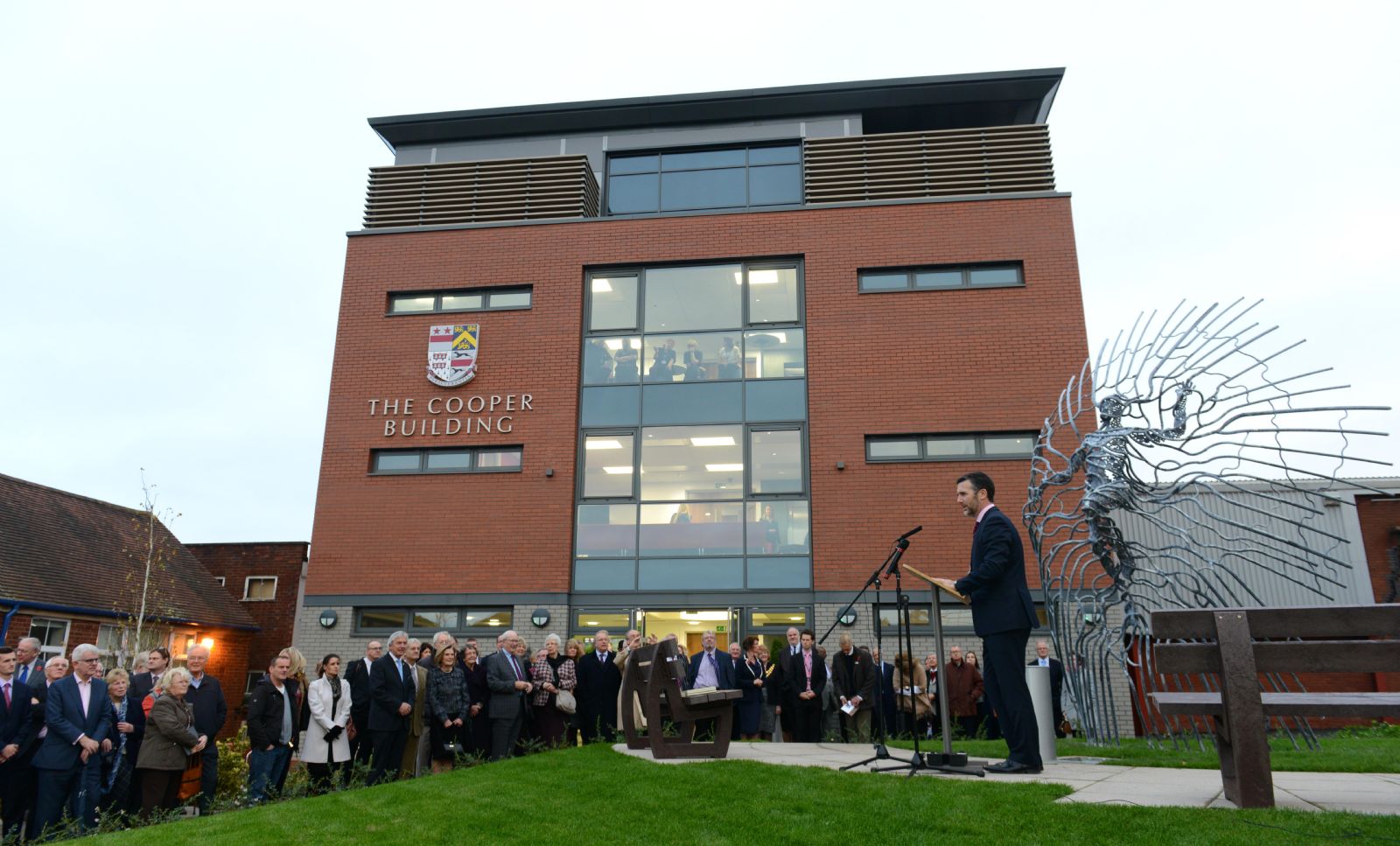 Mr Buerk, who is president of our school’s debating society, also hosted the second ‘Big Debate’, with the motion of ‘This House Regrets the Government’s Pushing of British Values’. Proposing the motion was George Diwakar with Megan Lloyd and opposing was Katy Hatter (now the youngest university president of a debating society) with Zershaaneh Qureshi.

The centre is named Cooper Building, in memory of the headmaster Rev Cooper who led the school during the First World War. 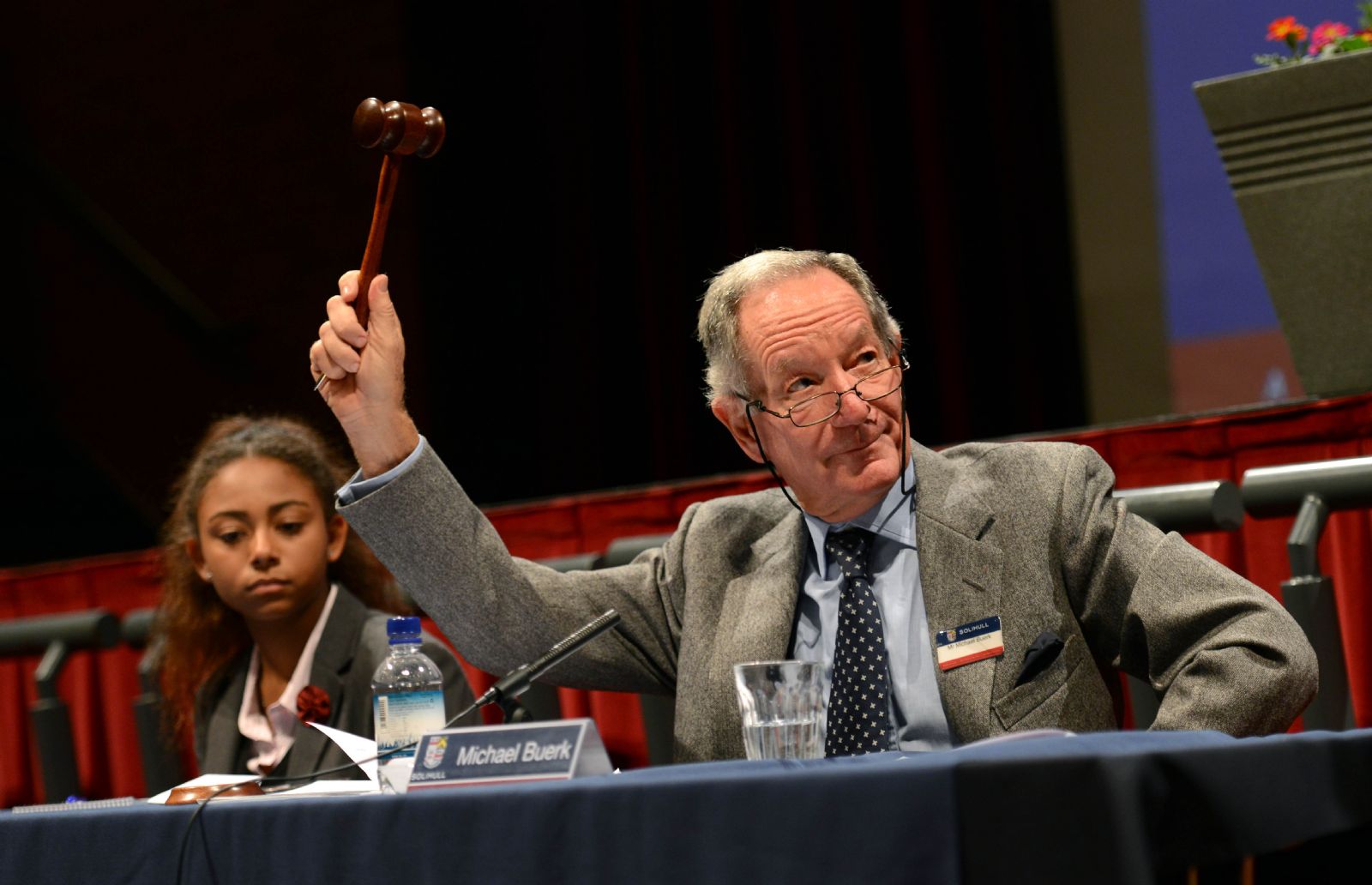 Headmaster David Lloyd said: “If we are to remain a centre of excellence in the region, we must ensure that our facilities are able to support our talent of today and tomorrow. Our new centre will reinforce our standing as one of the Midlands’ leading independent schools.

“We have created a centre which will drive us into the future; a building that successfully combines teaching space with private study and IT facilities, as well as social areas, dining facilities and exhibition space.

“One of Solihull School’s greatest successes is its sixth form. Demand for places has never been higher and examination results are outstanding. The demands of the 21st century global society on our young people have never been greater than today. Students need to develop the skills of independent thinking and learning during their brief time in the sixth form, to enable them to make the transition from school to university life - and then beyond into their career.”