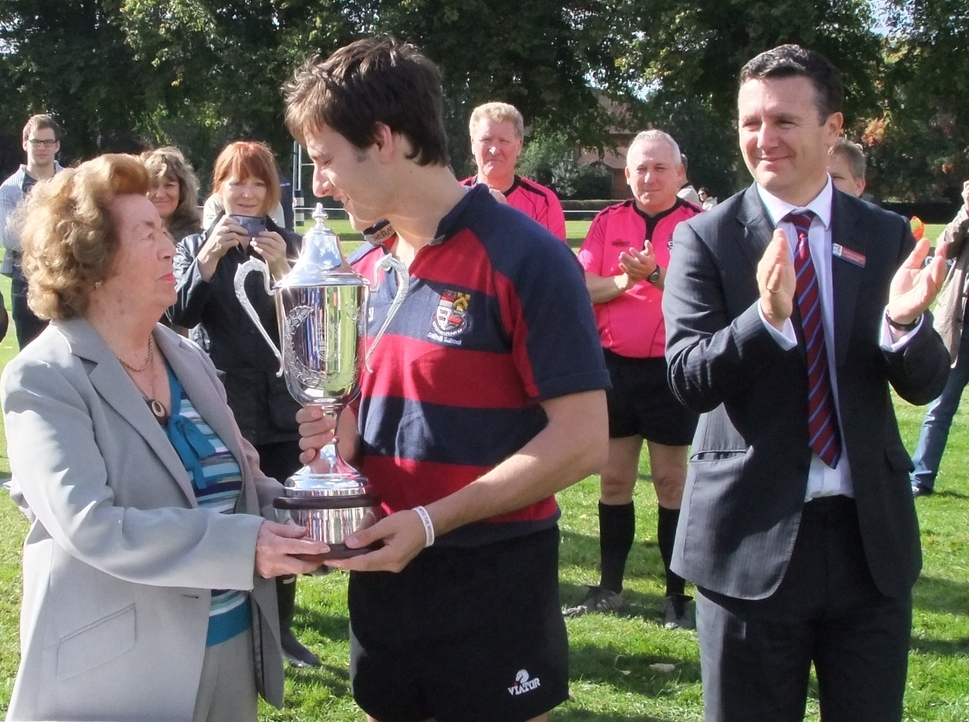 Dora Coton, widow of the late Claude Coton, presented the trophy to Simon Bright, the Old Silhillians’ captain after his team’s 34-10 victory at Solihull School in the presence of the Headmaster David E J J Lloyd.

Claude was a member of the OSA’s Rugby Committee for more than 50 years and played the game well into his 50s.

Now in its third year, the annual fixture was attended by more than 150 past pupils. It was followed by a pig roast organised by Solihull School’s Director of Sport, Steve Thompson, and supplied by Berryfields Farm in Meriden, run by the Barber Family whose three sons all went to Solihull School.

Simon Bright, who organised the event, said: “We were delighted that Dora was able to present the new trophy in Claude’s memory for what has become one of the most eagerly awaited events in the sporting calendar - and we are grateful for the tremendous support of Solihull School.”

David E J J Lloyd commented: “Events such as these are helping to strengthen links between Solihull School’s past and current pupils which I very much welcome. I hope that this established fixture will encourage the development of an even wider school community.”