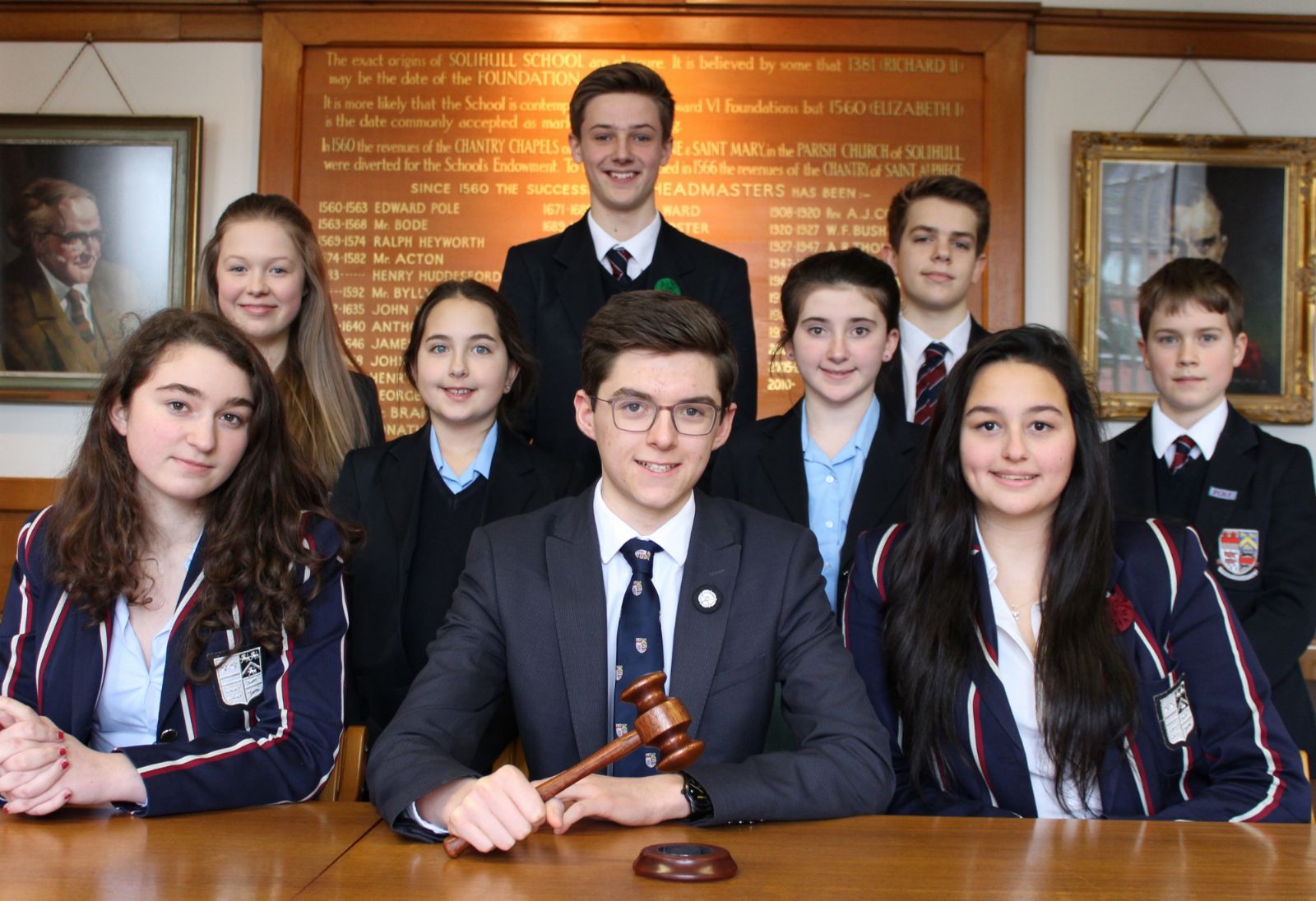 In January, Solihull School hosted four major regional debating competitions, and managed to secure places in the next rounds of all four competitions.
We offer debate opportunities in every section in the school, from Juniors right up to the Sixth Form. In January, almost every year in the Senior School had the chance to compete in a major competition hosted here.
Our Under 16s team won the Central England round of the ICYD Oxbridge competition and we also saw success in the second round the ESU (English Speaking Union) Mace competition. Our team won, and will be progressing to the regional finals.
Solihull also hosted both the Oxford and Cambridge regional finals last month, with over 130 students attending each event. In both competitions two of our teams successfully ‘broke’ to the next round, maintaining our six year streak of being selected to represent Central England at the Oxford and Cambridge Finals.
We have over 100 pupils participating in debating at Solihull School, and we are very proud to be preserving our position as one of the best school in the Midlands for debating.