100 years of Remembrance at Solihull

This year Solihull School commemorated the centenary of the First World War in a very special way.

This year tribute was paid by the present generation of Solihull School to their school fellows of 100 years ago, in grateful thanks and sincere remembrance. Over 1100 pupils and staff joined together to remember former pupils and staff before them in a stunning aerial tribute. 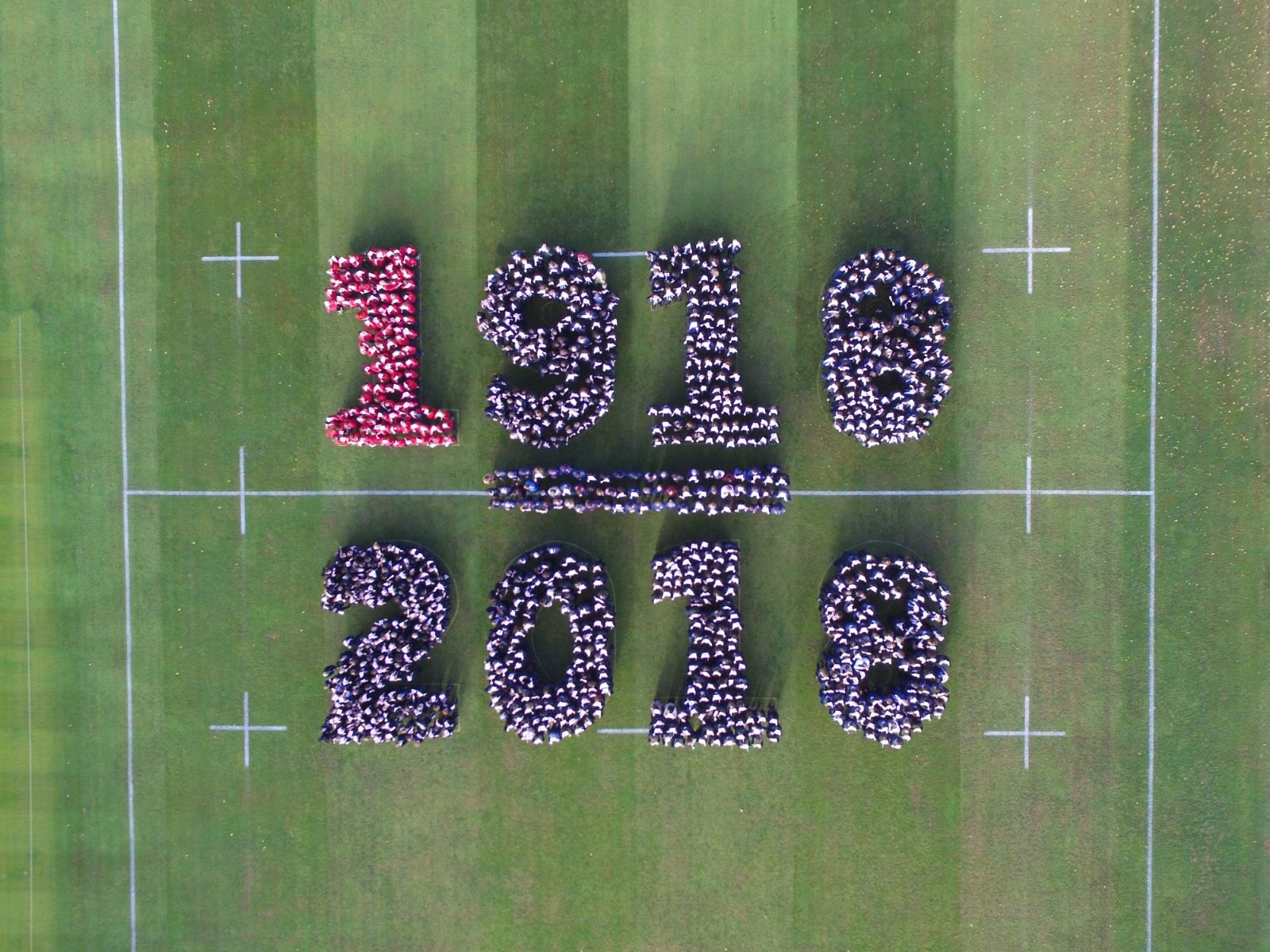 Each pupil was asked to print a red poppy on a white flag in the weeks preceding to symbolise the lives that were lost during the war, which were held up during the photo.

The photo was the start of a series of school events that took place for Remembrance this year. On Thursday 8 November the school also staged Solihull Remembers, an evening of readings, short plays, films and singing which provided a most moving tribute to the 55 Old Silhillians who lost their lives in the service of their country. This was followed by celebration of 120 years of the school's CCF, which included an exhibition of war time memorabilia. 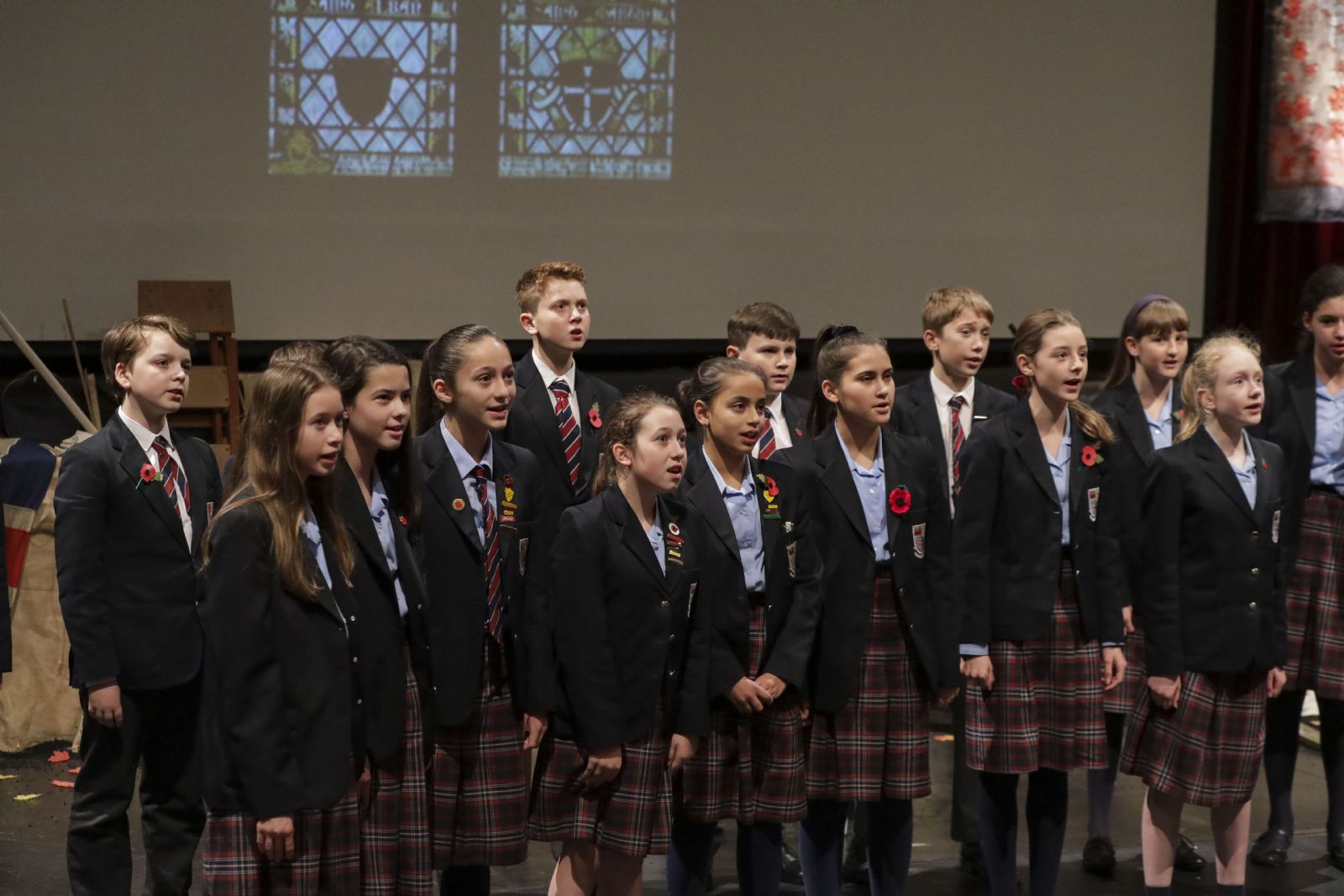 During the evening, two of our performers read a poem by the school’s newly appointed Poet Laureate, Lower Sixth student Sarah, which beautifully encapsulates the emotions of the school community, both 100 years ago and today. You can read Sarah’s poem here.

The events were concluded with our traditional Remembrance Service on the school’s quad. Guest of honour was former pupil and RAF Squadron Leader Dan Jones, who inspected the school’s Combined Cadet Force before laying a wreath at our memorial and saluting at the two minutes silence. Our Remembrance Service has run every year since 1919, making this our ninety ninth service.

To see more photos, please go to our Remembrance Gallery.

Watch a summary of our Remembrance events and see the school from the air.

A communal expression: haven’t we done this a hundred times before?

Yes. You have. And this is why

Because they marched out hailing courage and honour

For such noble luxuries as King and Country

In the hope of reclaiming all in a new term

Because ignorance became a burden to the ignorant in the final charge.

I heard I should have seen them in uniform: great

Big boots and blisters on their feet

Back here, smiles were quick to leave and laughter was even faster

Another term set and they were still In the doings.

All the while their fragile, fleeting lives – gone and the drizzle rained on

Bothers in arms from the cricket field to the western front

At last the guns fell silent, relief drifted in on a summer breeze and I caught my breath.

Boys had become men or monsters, some returned in ash

Others returned grey-eyed and grim faced

Laughter sprang up like a dove from ashes; a sudden spasmodic jerk and the dove was free

A twirl, a bob and a shake later the dove was gleaming – white a again and

So it began. The reestablishment of our games; our football and our cricket

Our friendly rivalry with other schools; our field days with the Corps

All these came again and we settled down, tentatively, into ordinary life

For it was not all clear skies, though the sun always remembered to stop by

Our very own Solihull boys were shot up with hope

Up the Warwick they ran to Mrs Palmer’s to buy her newest offer: peace babies

And I saw grey eyes begin to twinkle once more

In the going down of the sun and in the happier days to come, I celebrated them:

All of them brothers in arms, from the school grounds to the Flanders fields.

Honour them by becoming worthy successors this School.