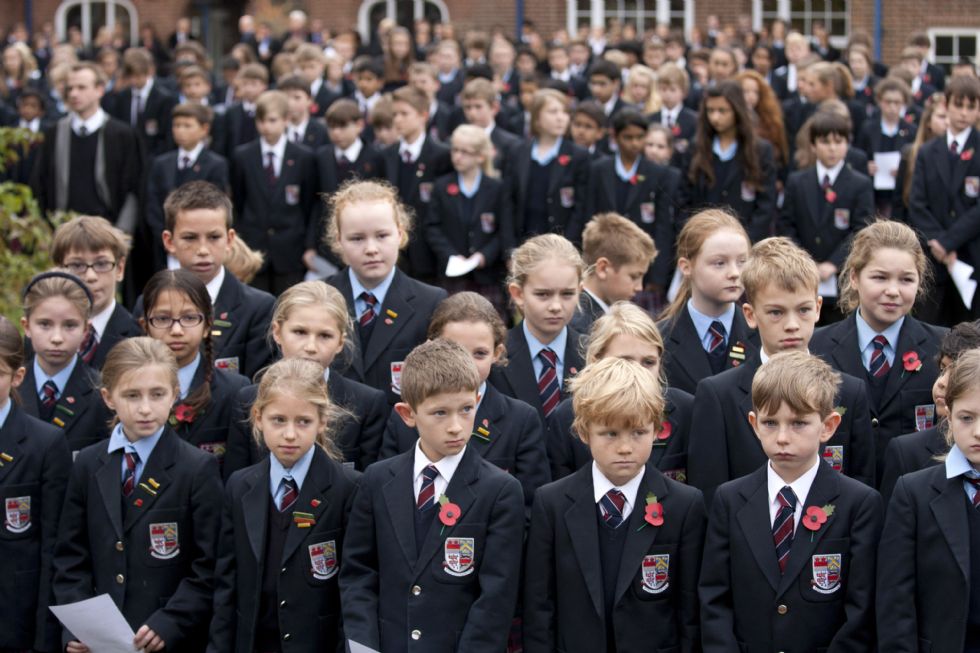 Solihull School took a break from tradition when its retiring Bursar laid a wreath at the School's Remembrance Service.

Christopher Warren, a former Colonel in the King’s Own Royal Border Regiment, leaves the independent school for boys and girls aged 7-18 at the end of the Christmas term after nine years.

Traditionally a former pupil now in the Armed Forces after starting their training in the School’s Combined Cadet Force, is invited to lay a wreath at its annual parade and service.

All 1,000 pupils along with Governors, Teachers and Members of the Old Silhillians’ Association paid their respects in front of the School’s War Memorial.

During his time at Solihull School, Christopher Warren has been a driving force behind the development of outstanding new facilities including its David Turnbull Music School, Denis Tomlin Archive Room and George Hill Building.

David E J J Lloyd, Solihull School Headmaster, said: “Christopher Warren has been an outstanding Bursar as well as a distinguished army officer. We were delighted to give him the honour of laying a wreath on behalf of serving military personnel at such an important event in the School calendar.”