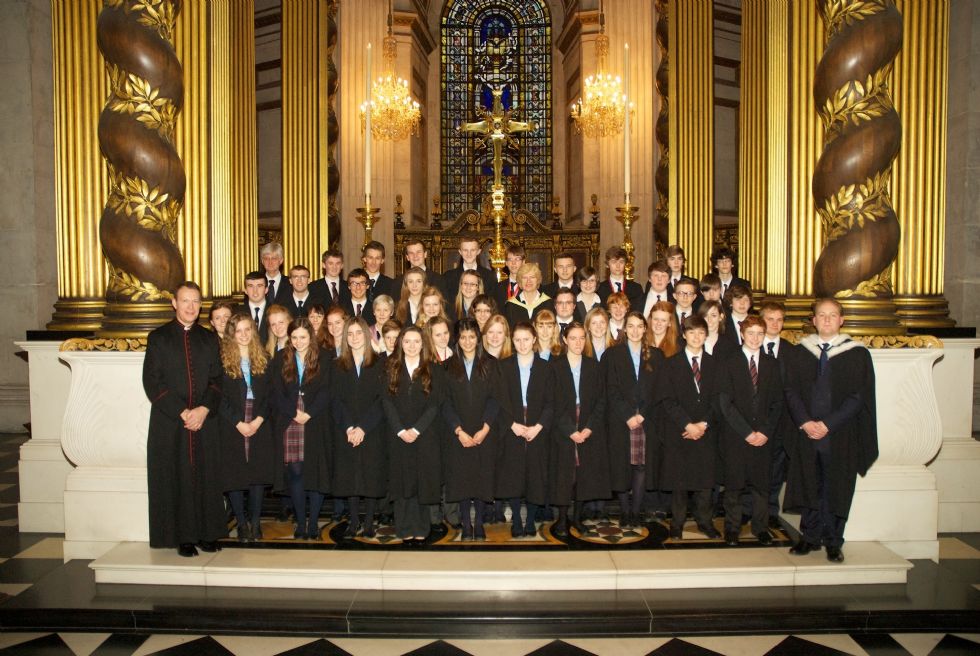 Solihull School’s choristers shared a special place with the new Archbishop of Canterbury in a first-ever opportunity to sing at St Paul’s Cathedral in London.

The School’s Chamber Choir sang Choral Evensong to celebrate the festival of Candlemas (the midpoint of winter) in the majestic 17th Century building where earlier in the day Justin Welby was confirmed as the Primate of all England.

The programme for the 44 singers, all girls and men aged 14 upwards, included Responses written for Solihull School by its former Choirmaster Peter Irving who played the cathedral organ for the service.

The fully gowned choristers, led by Solihull School Chapel Organist and Choirmaster Oliver Walker, rehearsed in the cathedral’s Song School before taking their places in the choir stalls.

Oliver Walker, previously a conductor of the renowned Wells Cathedral Choir, said: “The experience of singing in such a magnificent building on such an auspicious day is one that our Chamber Choir will never forget.

“Cathedral officials were so impressed by our singing and discipline that they said we are on a shortlist to be invited back – which is rare for a school. We were also told our singing provided a perfect calm at the end of a stressful day.”