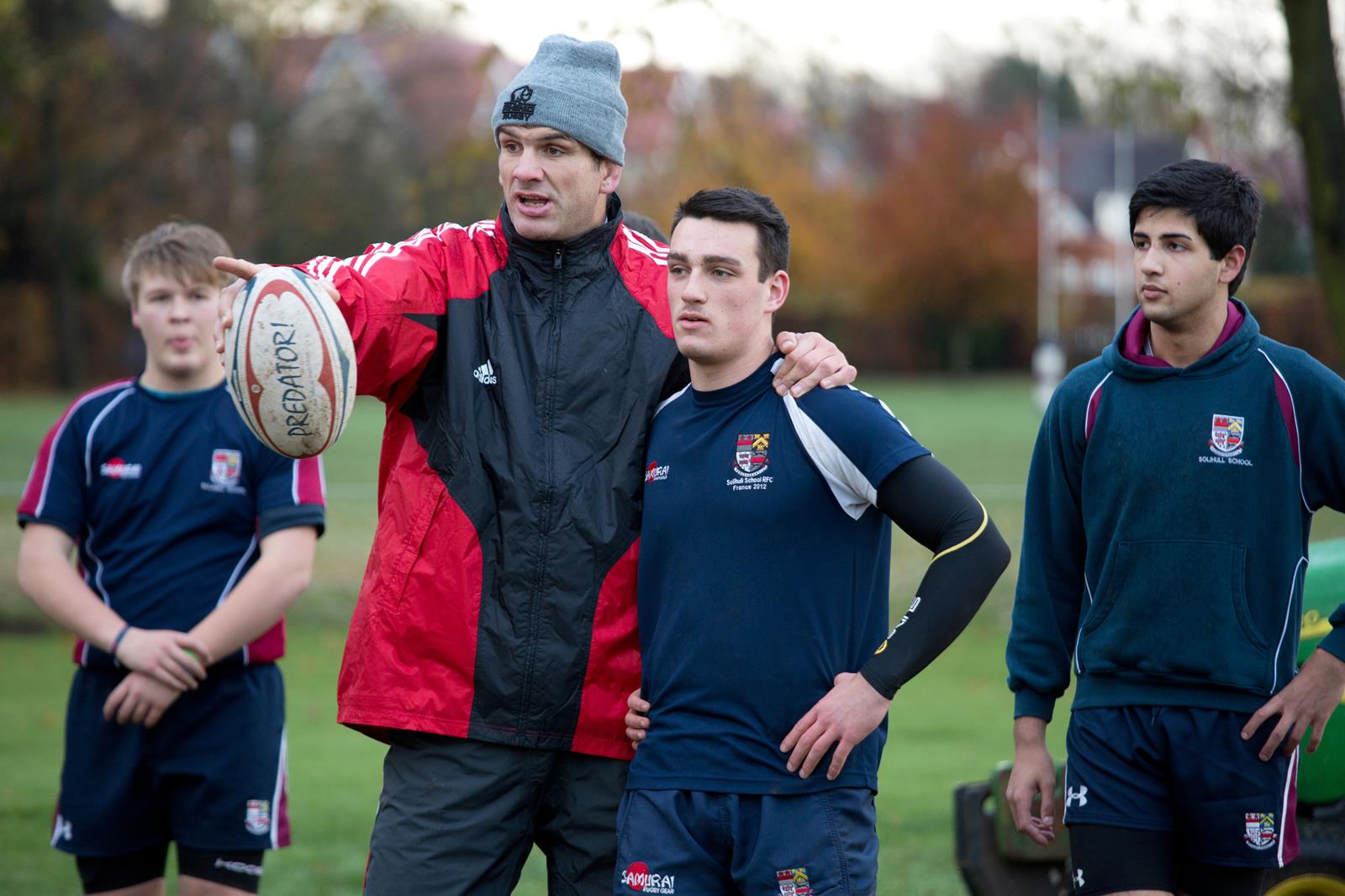 Senior squad players at the independent school for boys and girls enjoyed a master class with the captain who lifted the World Cup in 2003 and then became team manager until he retired in 2011.

The Solihull-born 84-capped England player, who also toured three times with the British and Irish Lions, passed on plenty of rugby advice and tips during the hour and a half training session.