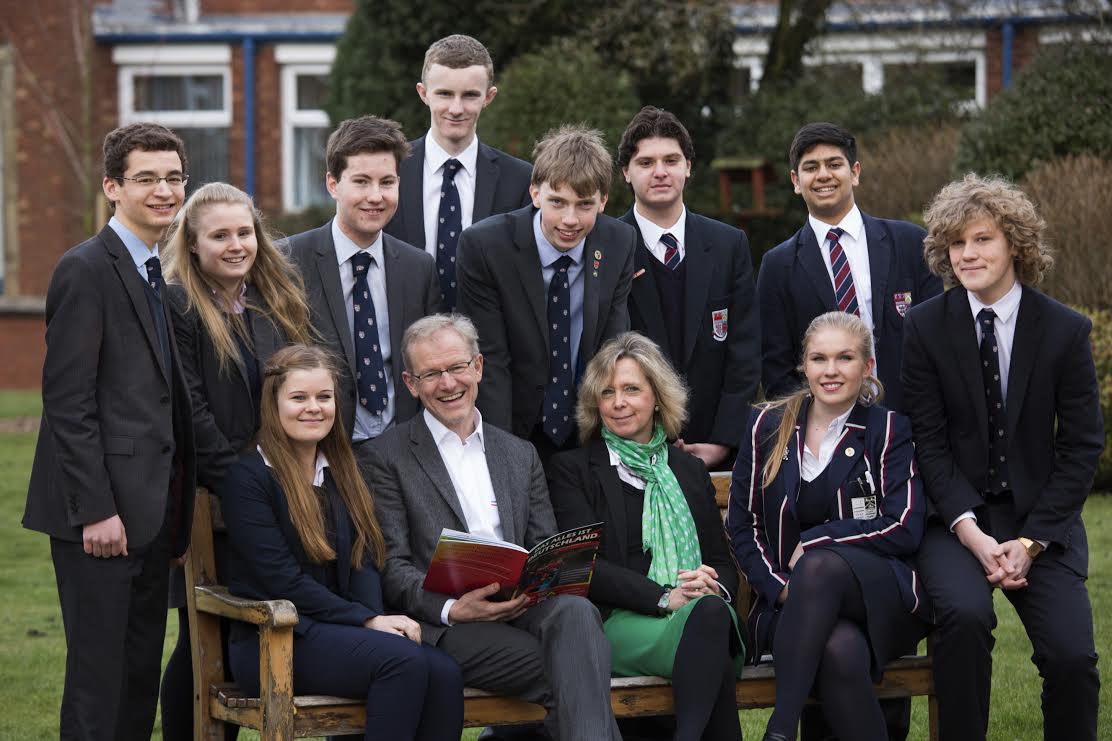 Solihull School’s Sixth Formers strengthened their German language skills and their links with local universities after hosting a visit by an eminent author.

Dr Heinrich Detering, Professor of Comparative Literature at the University of Goettingen and President of the German Academy for Language and Literature, was interviewed by A-Level pupils in German about his career as a poet and essayist.

Recently Writer in Residence at Aston University, Dr Detering spent a morning with the boys and girls, who also discussed with him his views on German reunification, as part of Solihull School’s thriving university outreach programme.

During a guided tour of the independent school’s library, arts and archive facilities, the author was presented with a copy of “Das Alles ist Deutschland”, a popular cultural magazine edited by Solihull Sixth Formers with contributions from all years.

The publication, the latest issue of which includes an interview with comedian Henning Wehn, has been commended by the Goethe Institute as an example of Best Practice in inspiring younger people to study German.

In an outstanding year for the department, Head of German Petra Cramb was recently honoured at a reception at the German Embassy as one of 16 teachers in the UK to have been nominated for a German Teacher of the Year Award.

First year GCSE German students will also be heading to Hofheim near Frankfurt on an exchange visit from March 21 to 27 - and a new educational link established by the School will enable pupils that have completed their GCSEs to develop their German by spending a week of their summer holidays working at a hotel in Bavaria.

Petra Cramb said: “Our pupils were thrilled to be able to question Heinrich Detering about his poems in German and to discuss his views on German reunification.”

Heinrich Detering commented: “I was extremely impressed by Solihull School and the atmosphere of togetherness in its German Department. All the students were well prepared with their questions and presented them very well.”