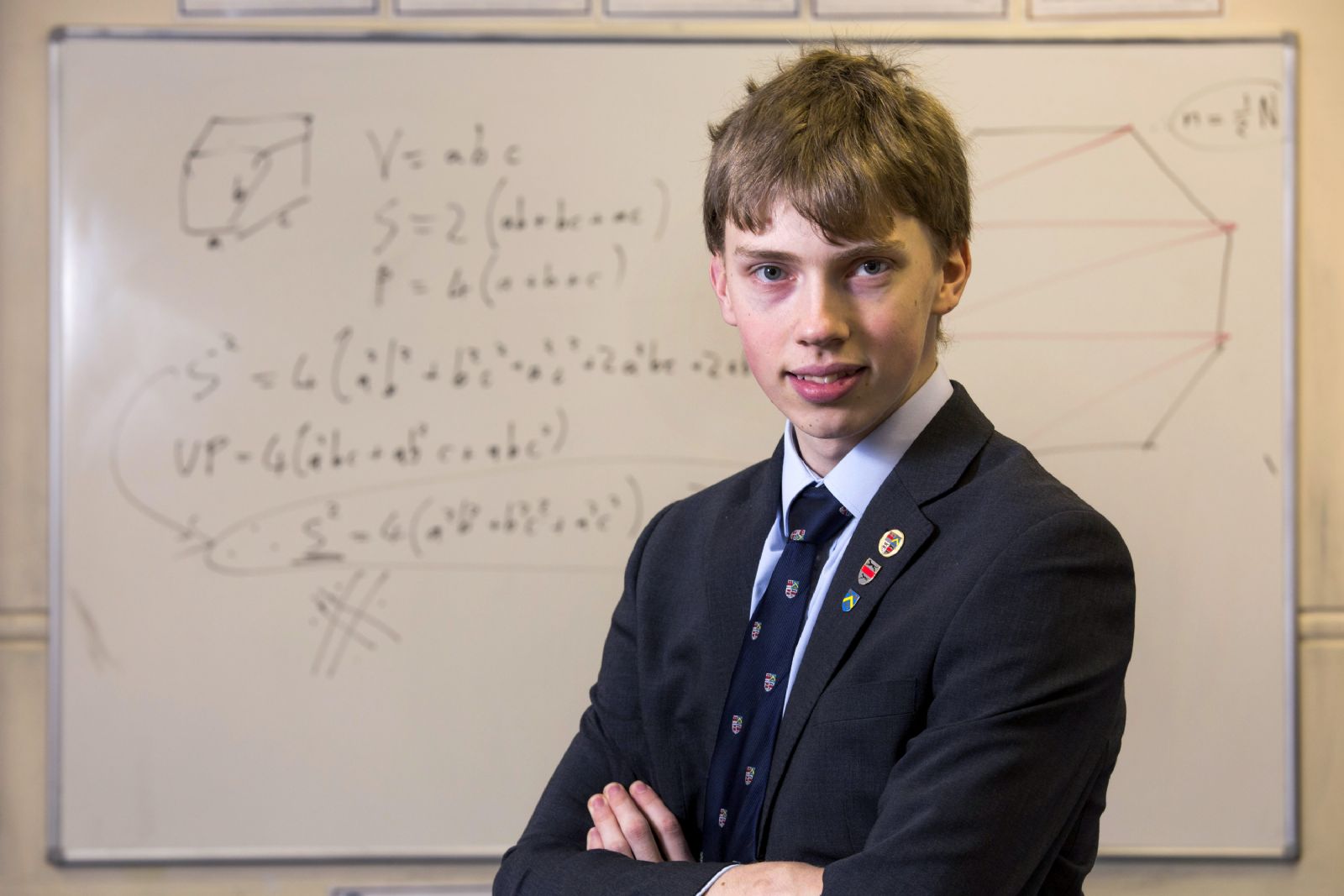 Solihull School boy Isaac Webber has been ranked among the top young mathematicians in the country after excelling in a national competition.

The numbers genius made the top 50 in this year’s British Mathematical Olympiad - even though he is aged only 17 and in Year 12 at the independent school for boys and girls in Warwick Road.

Isaac was one of only 200 pupils to reach the second and final round of the contest for all Under 18s, run by the United Kingdom Mathematical Trust (UKMT).

He joined 1,000 contestants in the first round after his success in a Senior Maths Challenge last November. The competition had 100,000 entrants.

The first-year A-Level student, who is hoping to read Maths at Cambridge University, scored 21 out of 40 from a three-and-half-hour paper in which half of all candidates scored less than ten.

The four questions were not designed to test knowledge of advanced mathematics, but rather the candidate's ability to apply basic ideas to unusual problems.

Maths Teacher Mark Worrall said: “Isaac is one of a number of gifted and exceptionally hard-working Maths students at Solihull. He has achieved the highest marks in school in a number of UKMT competitions ever since he joined our Junior School and thoroughly deserves his success.”