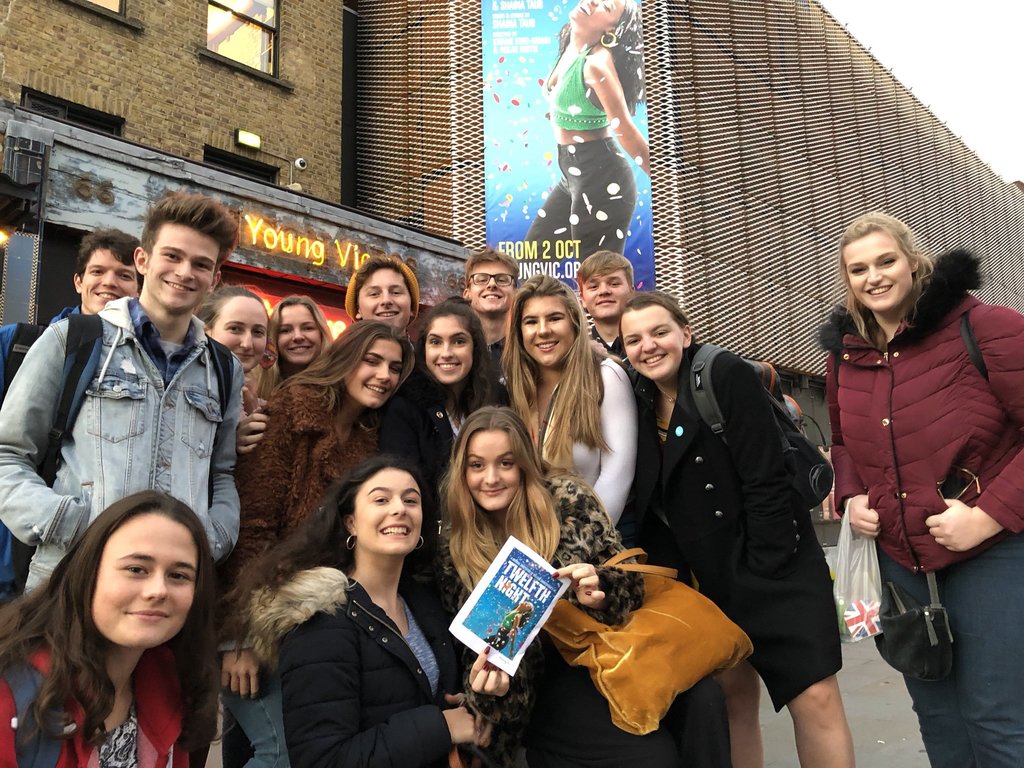 The department teaches in a dedicated Drama Studio, equipped with lighting and sound equipment and a further classroom which is equipped with computers for research and written work. A library of plays and theatre texts are maintained for A Level students, as well as a set and costume workshop and wardrobe for technical students.

Drama is an integral part of the English curriculum and is taught within English lessons, often to support the specific texts being covered in that subject..

We follow the AQA specification, 60% of which is assessed on practical work. Over the two years of the course, students undertake two practical components, one where they create their own original drama and one where they prepare a performance of a published play.  Students can participate in these projects as actors, designers or technicians and they are assessed on the process as well as the final product.

In the written examination students write about staging a classic play that they have studied, answer multiple choice questions on the roles available in professional theatre and answer questions about a live theatre production they have seen.

We follow the AQA Drama & Theatre syllabus for A Level. 60% of the course is based on two practical units, an original piece and a performance of three extracts from three different published plays. In both cases a substantial part of the project is a reflective document that requires the students to consider the theoretical underpinning of their performance work and the process of creation undergone.

Click here to Learn more about DRAMA in the Sixth Form

Numerous theatre trips are organised each year and productions chosen allow students to see a wide range of theatrical styles.

Drama and Theatre Studies students go on to study a wide range of subjects in the Arts, Humanities and Sciences.

Specifically in the field of Drama, in recent years, students have gone on to study the discipline further at Warwick, Royal Holloway, Birmingham, Exeter and Bath amongst other universities and at Drama Schools including ArtsEd, Birmingham School of Acting, Bristol Old Vic Theatre School and LIPA.