100% of students studying A Level English Literature attained an A* to B grade.

It is not simply the pursuit of academic success that drives and defines the department. As a team of specialists (covering a wide range of literary interests), English strives to encourage pupils to develop a lifelong passion for literature; we also focus upon developing their practical abilities to write in a variety of genres, for a number of different audiences and for a number of different purposes.

We believe that the study of literature from different genres, periods and authors helps to develop pupils’ moral and emotional sensibilities. By considering the plight and experiences of fictional characters, pupils come to appreciate the hardships and affliction of others. Literature encourages the pupils to develop a greater sense of compassion, tolerance and understanding towards those of different faiths, races, socio-economic backgrounds and also periods in history. As a result of studying novels, plays and poetry from different periods in time, the students can develop a sense of how attitudes and beliefs have changed over the centuries.

This study naturally provides a powerful forum for discussion and our pupils are given the opportunity in class to reflect upon the themes and ideas that are addressed in the literary texts that they have studied. This sharing of ideas champions self-expression, whilst also fostering a respect and tolerance towards the view and opinions of others.

Also, through the opportunity to write creatively, pupils are given the chance to find their own voice and mode of expression.

The department teaches in a suite of rooms based in the Mark Hopton Building, all of which are equipped with interactive white boards and audio visual facilities.

We follow a curriculum of our own devising which focuses on the key skills that lead to examination success: writing accurate extended prose; reading with understanding; fluent oral expression tailored to a particular audience.

Pupils follow a course of study that ensures they engage with prose, poetry and drama in their formative years.

Texts studied include John Steinbeck’s Of Mice And Men, Shakespeare’s Macbeth and J.B. Priestley’s An Inspector Calls. Pupils also have the opportunity to study a collection of poetry and prepare for an unseen response.

A further part of their GCSE course is the opportunity to complete a Speaking and Listening qualification, awarded alongside their other studies.

We follow the Eduqas English Literature syllabus. Texts range from the poetry of John Donne and John Keats, alongside some of Shakespeare’s greatest work, to more contemporary texts by authors such as Mohsin Hamid and Colm Toibin.

The course is structured into four clear sections: a prose element (studied as coursework); a drama element (incorporating the study of a key Shakespeare text); a poetry element (including the study of more contemporary writers) and an unseen examination of both prose and poetry.

Click here to Learn more about English in the Sixth Form 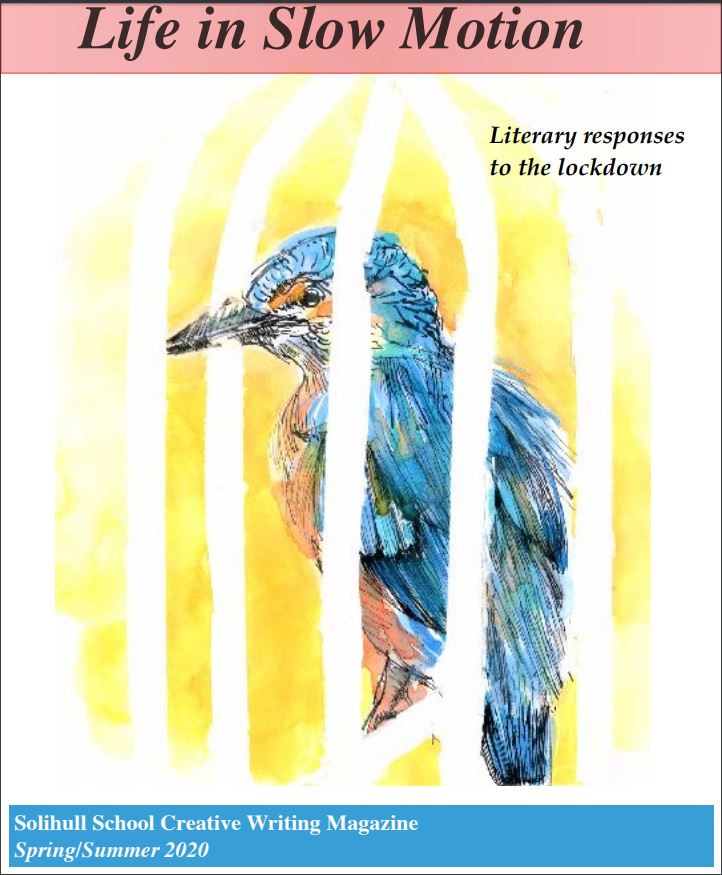 Our 'Scribbling Nibblers' creative writing club is popular with younger pupils, and pupils are invited to combine a love of art and literature in the brand new 'Art in Literature' club, where they can produce beautiful, literary-inspired works of art.This year saw the launch of the Lower School and Middle School book clubs. Members of these groups meet half-termly to read and discuss an exciting range of novels, while enjoying cake and biscuits.The Middle School book club is the perfect forum for potential A Level English students to discover and explore a range of ambitious, thought-provoking reads, providing an enjoyable taster of what it's like to study English Literature beyond GCSE.

Our creative writing group for Sixth Form students has also continued to flourish. Students enter a range of writing competitions, and collaborate to produce literary magazines and pamphlets featuring their original writing and illustrations.

The department's ‘English Society' is also flourishing and attracts a range of impressive speakers. This society caters primarily for our Middle School and Sixth Form students, offering exciting insights into the realms of academia and further study, as well as supporting their current courses. This is enhanced by the provision of ‘English Plus’, an extension group in the Sixth Form for those wishing to study English at university – perhaps at Oxbridge.

The English Department runs a competition to appoint a school Poet Laureate from the Lower Fifth to Upper Sixth; the appointed student is supported in writing original poetry which is publicised and performed on significant school occasions, such as Remembrance Day. The Department has also launched an Oxbridge style essay competition for Sixth Form students.

Pupils attend Lecture Days at local universities and centres to widen the student’s literary experience. Theatre trips are also run to bring set texts to life. Recent trips include productions of A Christmas Carol and King Lear at the Royal Shakespeare Company, as well as journeys further afield to London to see productions, such as Lady Windermere’s Fan. In order to support the study of exam texts other recent productions include: Russell’s Blood Brothers, J.B Priestley’s An Inspector Calls, Harold Pinter’s Betrayal and Shakespeare’s Macbeth.

In recent years, students have gone on to read English at Durham, Exeter, Manchester, Oxford, Queen’s Belfast, UCL, and York amongst other universities.