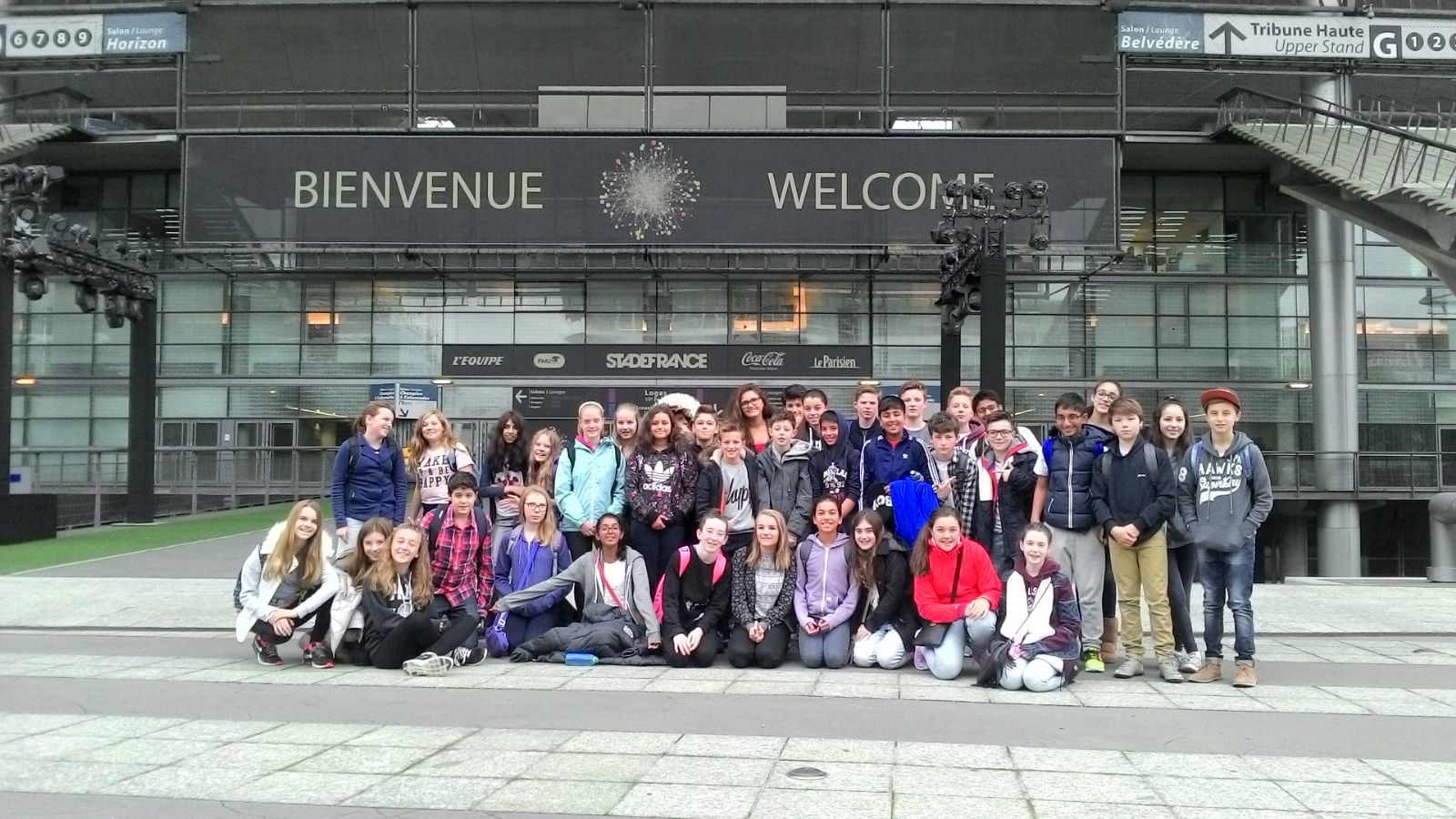 The department teaches in a suite of rooms situated principally on the top of K Block, although extensive use is also made of K1, our new Sanako Language Lab and the other IT suites the school has to offer. All of our classrooms are well equipped with white boards and audio visual facilities.

French is offered as an option subject alongside German and Latin in the Shell Form, and can then be studied into the Fourth Form and beyond.

At GCSE we now follow the AQA GCSE specification at higher level and use the OUP textbook and online resource package to stretch and challenge as well as support independent learning.

Click here to learn more about French at A Level

We are constantly working together as a team in order to find ways of stretching and challenging our most able pupils, by observing teaching and learning and sharing best practice, both from within the department and from other departments in the school. We aim to go well beyond the confines of our course materials by making learning interactive and by providing pupils with challenging texts. Moreover, we provide pupils with the opportunity to watch French-language films and also stage a French-language play, courtesy of the Onatti Theatre Company. The most able linguists are encouraged to take part in immersion weekends run by local universities.

Pupils from Upper Fifth onwards (Year 11 – Year 13) at Solihull can take advantage of language specific travel bursaries which will allow them to travel independently to the country of the target language and immerse themselves in the language and culture.

Pupils in Lower School have the opportunity to visit Le Château de la Baudonnière in Normandy to immerse themselves in the local culture and we aim for all learners of French to experience a study visit Paris in order to enhance their knowledge during their time at Solihull.

The exchange programme is currently not in operation. We are building links with a schools in France via the e-Twinning platform with a view to sharing curriculum projects and hopefully leading to an exchange of pupils in the future.

In recent years students have gone on to read Modern Languages (single degrees in Spanish, German and Spanish, joint degrees of two languages, and combined degrees  such as Spanish and Business Studies. Some students have taken up a new language too, such as Italian or Russian. Others are majoring in another subject such as Medicine or Economics but have chosen to continue with a language as an elective subject and to spend an academic year studying abroad.  The most frequent destinations include Durham, Exeter, Leeds, Nottingham, Bristol, Oxford, UCL, Kings College, London, Sheffield, Liverpool and Warwick.