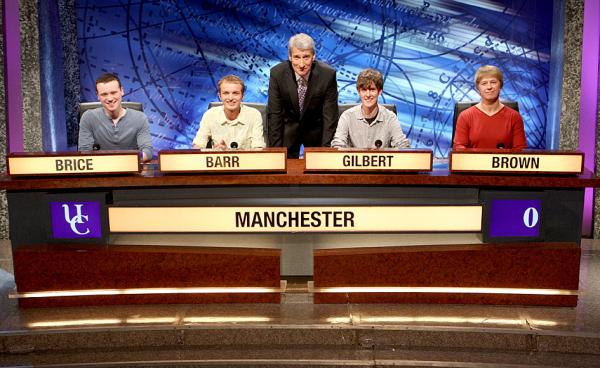 Richard Gilbert (2005, Pole) successfully captained the Manchester University team to a 2013 University Challenge win. Recorded in April 2012, but not transmitted on BBC2 until this year, Manchester's victory marks the university as one of the most successful contestants in the competition's history. With a final score of Manchester 190 points and UCL 140, Richard's team gave their final answer just as the gong rang, securing their impressive victory.

Richard, aged 26, attended Solihull School before moving to Manchester to study Linguistics. Having graduated this year he hopes to continue on in the world of academia, with aspirations to become a Lecturer in Linguistics. Congratulations to Richard for his great achievement and the best of luck in his future endeavours.

Further details regarding the win can be found in the Herald.